Continuously map your attack surface and get the recommendations you need to make your organization more resistant to attacks. 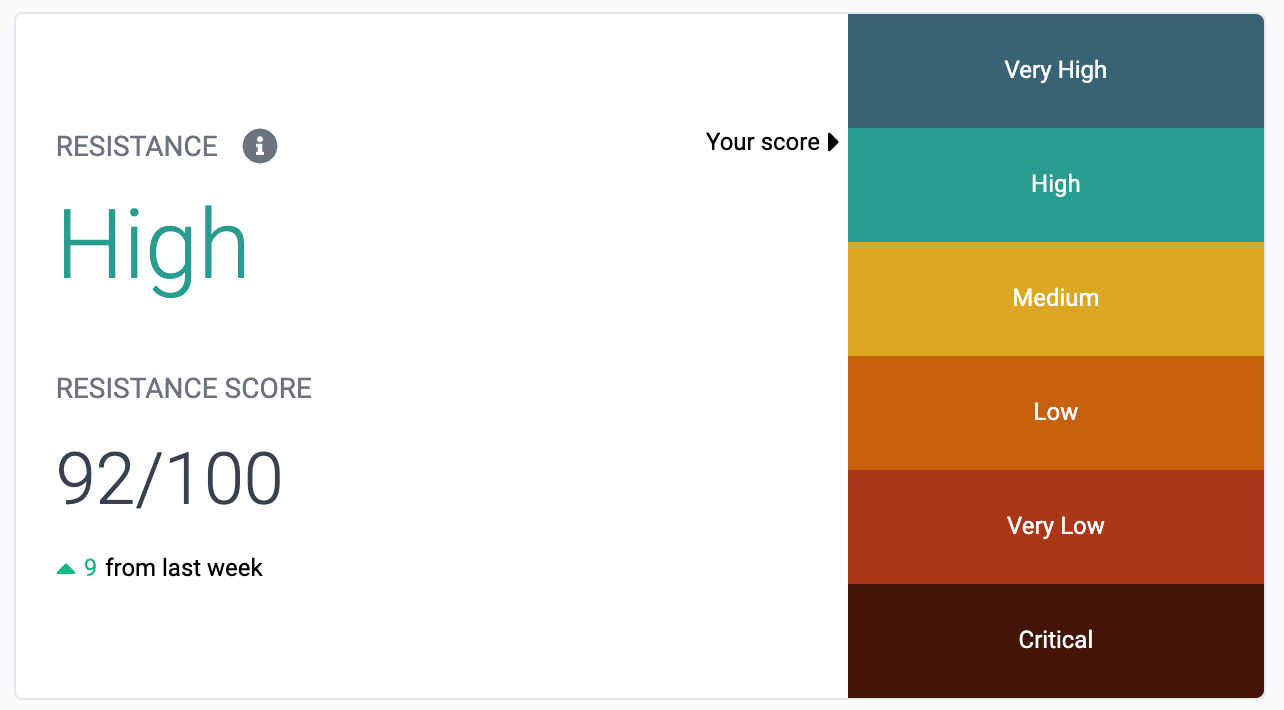 Simple to install, simple to use.

Saporo takes minutes to install and our UI is intuitive and easy to use.
We make it easy for you so you can focus on making it harder for attackers.

Know where you start and track your progress

Saporo resistance score will give you a clear and simple way of understanding how well your organization can resist attacks. The higher your score, the more difficult and time consuming it will be for attackers to progress through your organization.

Saporo's resistance score is normalized which ensures that you can easily compare your organization with other organizations in the same industry, segment or group. 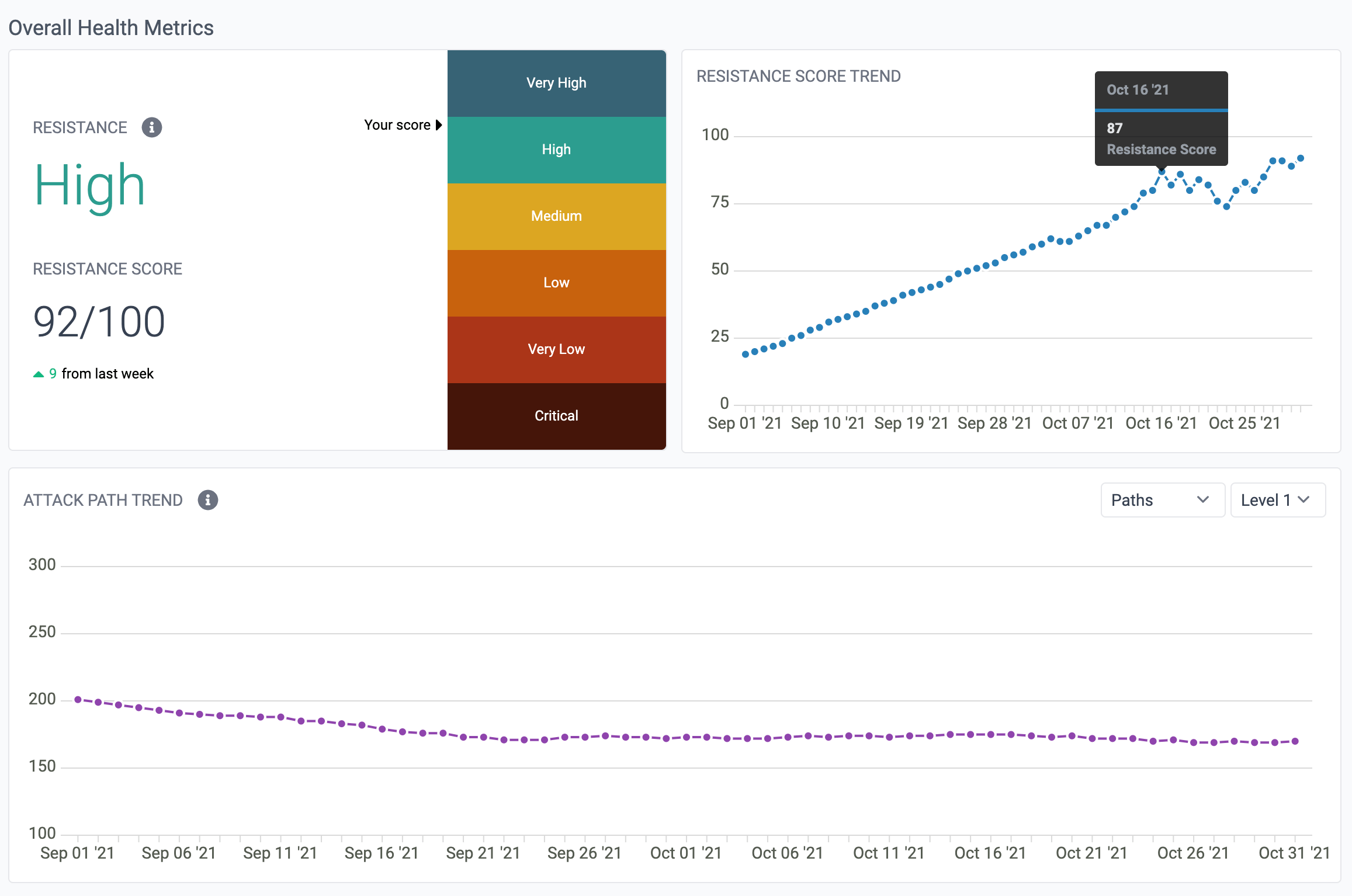 Focus on what matters most

Prioritizing where to focus efforts first when attack scenarios are almost endless is a complex task. There are often millions of potential attack paths. Most organizations do not know what those paths are or how to prioritize which ones to close first if they can be closed at all.

Saporo will find, score and present to you only what matters most to your organization. 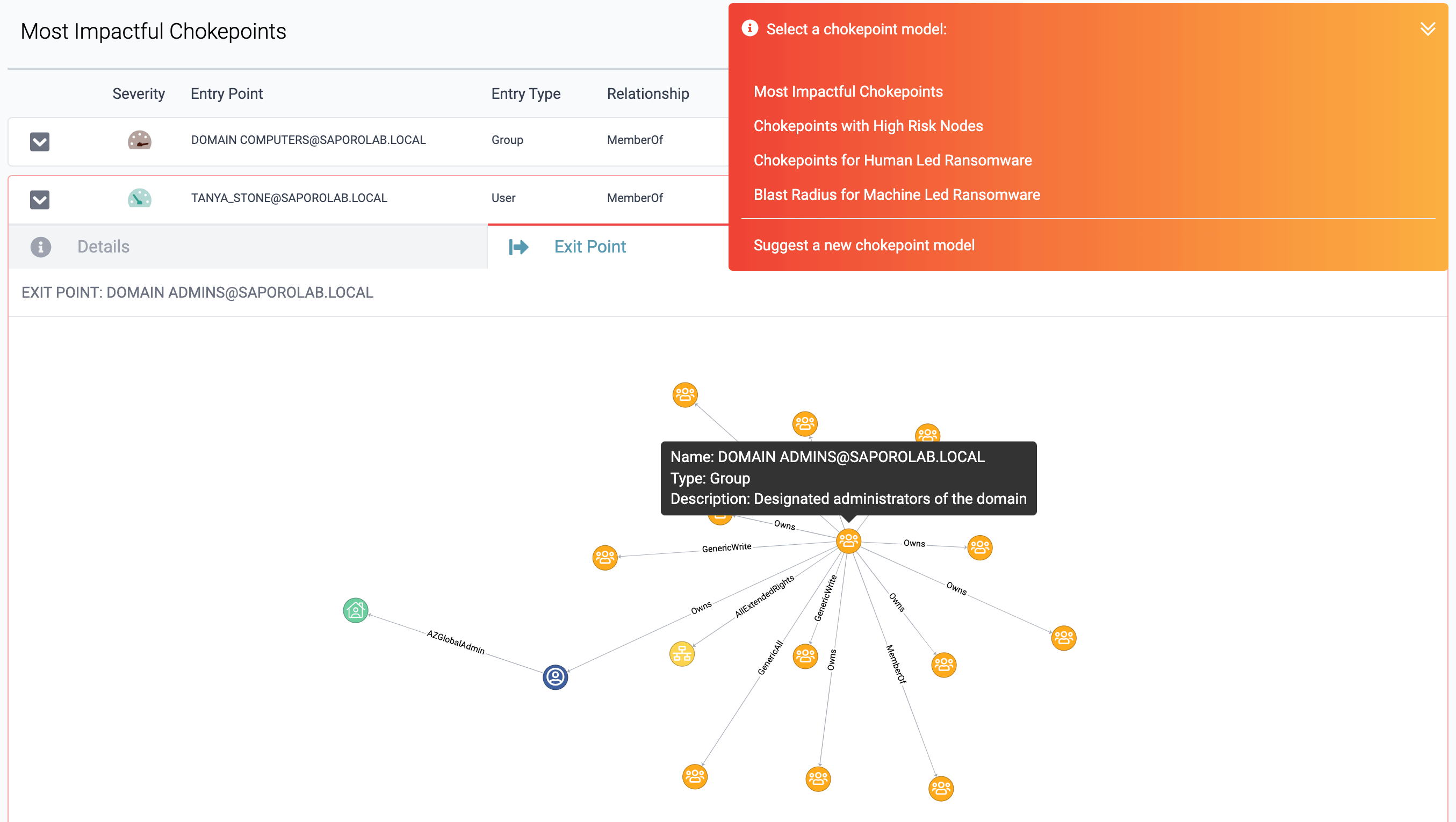 Saporo checks your configuration against security frameworks like the one developed by ANSSI or MITRE. But, as opposed to all other products on the market, Saporo does it in the context of your environment.
‍
As opposed to other solutions on the market, each compliance issue is prioritized in the context of what can be accessed by an attacker. This helps organizations define a roadmap of what to work on in order of importance. 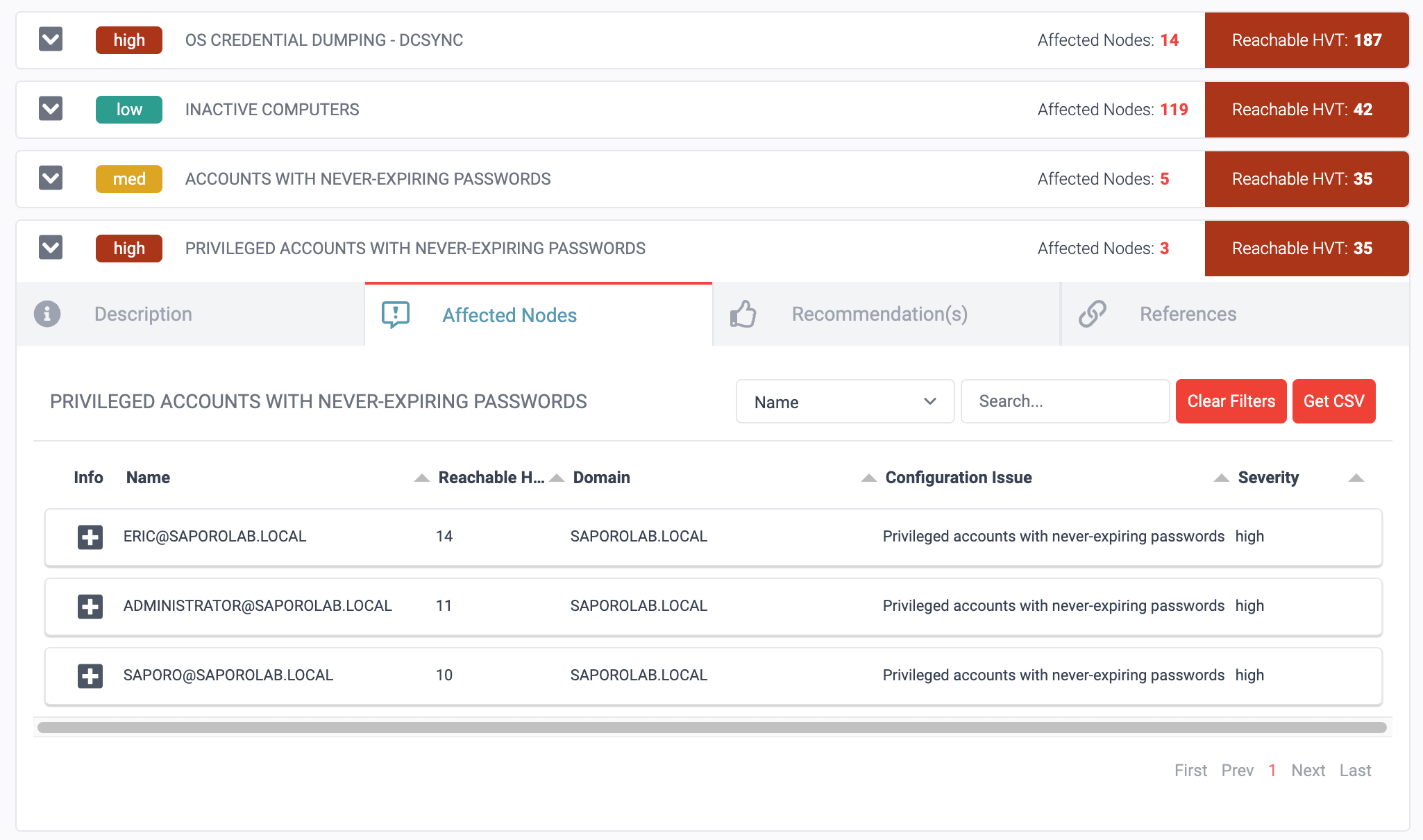 Saporo helps you prioritize what to focus on but that does not mean you can't zoom in and investigate specific nodes yourself.

Wether you want to monitor closely a VIP node (CEO, CFO, etc.) or simply make sure a node that was flagged in another system does have critical attack paths to high value targets, you can do it easily in Saporo. Each node can be zoomed-in to check their configuration, compliance status, attack paths from the node or to the node. 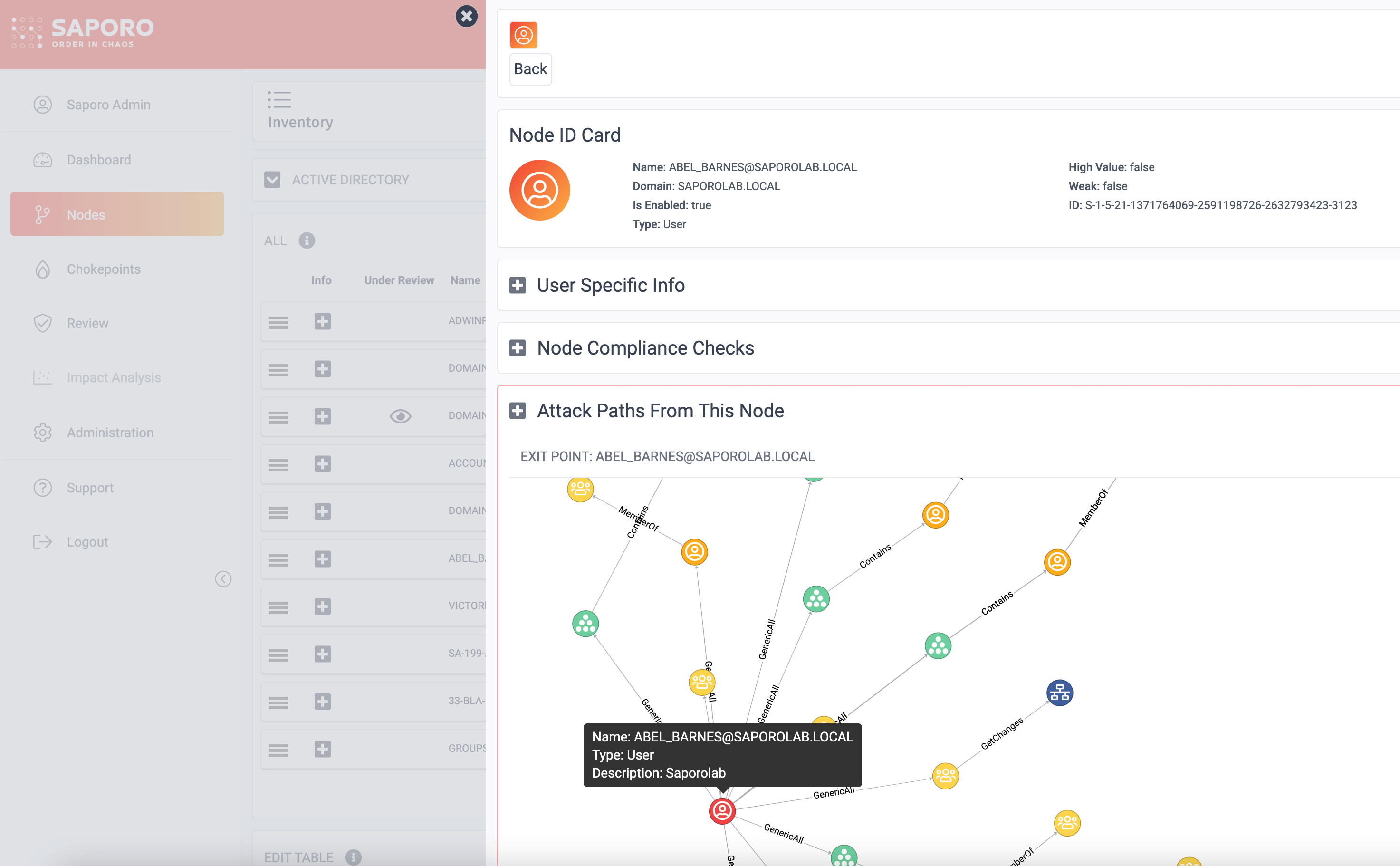 User access to resources is evaluated against adversarial use case scenarios to provide a deterministic model of attack paths.

Scores based on impact

Saporo leverages machine learning to prioritize the most egregious attack paths so you can prioritize your resources, time and risk.

Saporo recommends changes to improve the resilience of your organization and close attack paths by level of risk and exposure.

Stay ahead of attackers.

By predicting where attackers might go next, Saporo allows organizations to prioritize their resources
providing the time and context they need to stay ahead of attackers.
Reduce your attack surface by eliminating attack paths.

By leveraging machine learning to simulate a multitude of potential attack scenarios, Saporo can identify common choke points and suggest changes to organizations. These change suggestions are computed to present the most beneficial improvements with the least amount of business disruption.

This approach considers that any node, user, host or token in the environment could be compromised at any moment and identifies the most risky potential compromise. In some cases the optimal  choice is to accept the risk. In others, change to groups or accounts rights might be sufficient to mitigate  attack paths.

Eliminate the shortest and most dangerous attack paths first.

Prioritizing where to focus efforts first when attack scenarios are almost endless is a complex task. There are hundreds to thousands of potential attack paths, yet most security and networking teams do not know what those paths are much less which ones offer the shortest viable paths that allow an adversary to efficiently reach their target.

Saporo will query attack paths and quantify risk based on the number of paths and sensitivity of resources that may be exposed. Getting a complete picture of how many connections are possible and how to reduce those numbers reduces risk.

When organizations have identified a number of hosts, accounts or tokens that might have been compromised, Saporo can help evaluate the potential impact of the breach in the context of current environment policies and configurations.

Full attack paths can be displayed to the user, including the type of resource that might end up being accessed given the current set of compromised assets. This helps prioritize response not only from a threat point of view but also by impact and risk.

Prescribe mitigation to eliminate attack paths during a breach.

Adversaries go for the shortest attack path. Don’t give them shortcuts to compromise your data.

Saporo prescribes recommendations on the best intersection between an adversary's current location and potential targeted high value assets. Increasing the complexity of an attack slows adversaries down and provides the security team more time to respond.

Saporo provides a side-by-side comparative analysis of current state user access configuration models to a baseline configuration. Changes to attack paths will be visualized with additional focus on impact of changes to the overall surface.

Track progress and changes with a timeline of events and impact

Not all risks can be mitigated, and often many risks need to be accepted. By exposing existing attack paths and offering them for review, organizations can track and report on accepted risks.

Organizations need tools that address strategic priorities in a super-fast, simple and understandable way by stakeholders in order to provide an adequate response which is compliant and at a bearable cost. The Saporo solution, according to our experience, meets these criterias but above all its interest lies in its philosophy of anticipation (Hacking Minded) of fragilities (with calculation of priorities) of rights and access paths. Beyond the optimization of defenses, it is a tool for minimizing the consequences for the business of organizations (vital, financial, reputational) in case an attack happens. For these reasons and to the best of our knowledge after a POC, this solution is unique on the market. 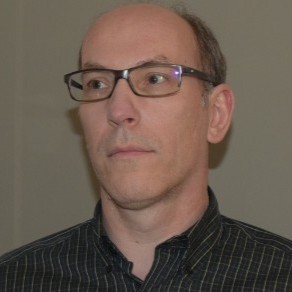 Saporo is an indispensable solution to prevent and fight against next-generation cyber-attacks. The solution made us aware that our Active Directory design was no longer in line with current risks by auditing our AD directory in a way that was different from other tools, in particular by listing the various attack paths that we had no visibility into until now. All of the information provided allowed us to address the security issues related to AD. 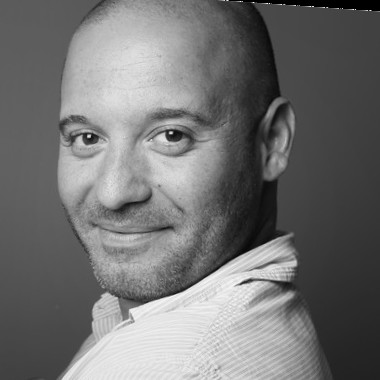 On behalf of FIT Digital, we are very happy to be able to contribute to the development of innovative startups in the Canton of Vaud, of which Saporo is an integral part. 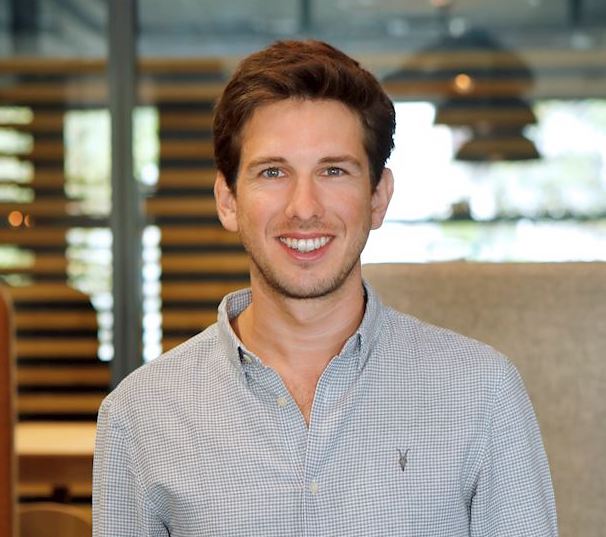 We are thrilled to count Saporo as one of the selected startups in our Tech4Trust Swiss Program powered by Trust Valley and dedicated to digital trust and cybersecurity. Reducing cyber-risk by eliminating excessive access on directories is a great tool in the current race between attackers and defenders. 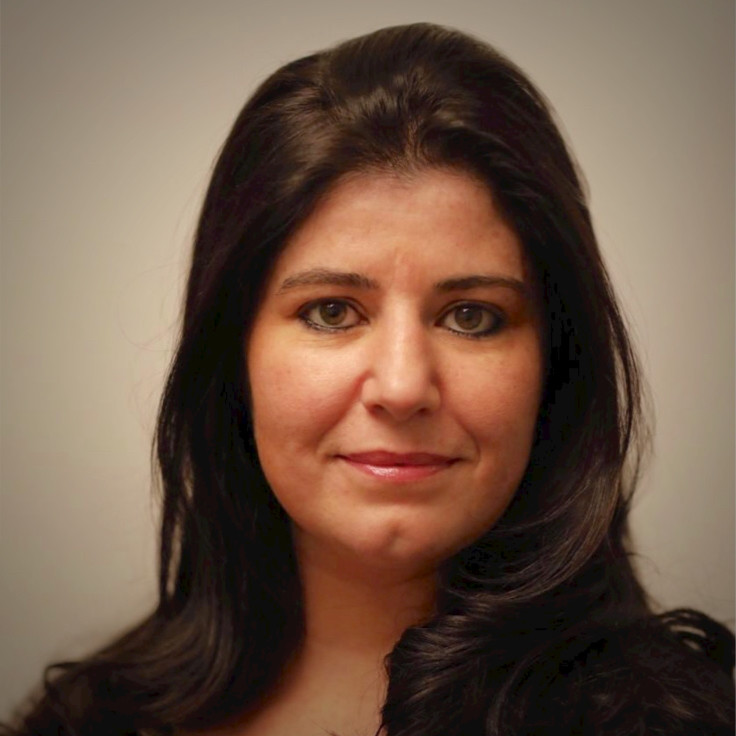 Time is of the essence.

It is a race of time between the attacker and the defender. Winning the race against attackers requires ordering the seemingly chaotic connections between users, assets and resources to expose and prioritize paths that attackers will most likely exploit.

Saporo helps organizations increase their cyber-resistance no matter their size or industry. Thanks to a unique approach and cutting-edge technologies, we aim at making defenders win the race against attackers and put order in chaos.